Effects of Mass Immigration on Canadian Living Standards and Society

Press Release issued by the Fraser Institute on September 30, 2009

Based on a series of papers presented to a 2008 Montreal conference on immigration, The Effects of Mass Immigration on Canadian Living Standards and Society recommends significant changes to Canadian immigration policy including changes to the selection process that would limit the number of immigrants.

“Since 1990, Canada’s annual rate of immigration has been the highest in the world, resulting in a population increase of 3.9 million people between 1990 and 2006. This mass immigration has had profound effects on Canada’s economic, demographic, social, and political conditions, affecting the well-being of all Canadians including past immigrants,” said Herbert Grubel, Fraser Institute senior fellow and co-editor of the book.

“Unfortunately, most Canadians are insufficiently aware of these effects partly because a code of political correctness tends to identify any examination of immigration policies with racism and partly because Canada’s electoral system rewards politicians who are in favor of the current high intake.”

The book provides the Canadian public with analytically sound and well-documented empirical information about the significant positive and negative effects mass immigration has had on the country.

The book is organized into five sections that offer an in-depth analysis on:

In a chapter about recent immigration and Canadian living standards, Grubel stresses that official statistics show that recent immigrants on average earn substantially lower incomes than native-born Canadians, so that the system provides them with subsidies through taxes paid by high-income earners. Grubel estimates that immigrants who arrived in the 12 years before 2002 imposed a fiscal burden of $18.5 billion on all Canadians in the year 2002 alone.

On the demographics front, contributing authors Marcel Merette, Robin Bannerjee, and William Robson examine the feasibility of financing government social programs through increased immigration. They show that it currently requires five taxpayers to cover the costs of government benefits provided to each recipient, and calculate that in order to maintain that ratio, the number of immigrants would have to rise so much above present levels that Canada’s economy and society could not deal with them successfully.

“One estimate is that by the year 2050, Canada’s population would have to be 165.4 million to meet this objective and that the intake of immigrants that year alone would be 7 million. The basic reasons for this outcome are that immigrants age at the same pace as everyone else and, like other Canadians, are eligible to receive social benefits in retirement,” Grubel said.

Contributing author Stephen Gallagher discusses the implications of increasing numbers of recent immigrants who have retained their loyalties and attachment to their native countries, many to the extent that they live in their native countries while they are citizens of Canada and enjoy all the privileges that come with that status including a Canadian passport and protection while abroad.

The extent of this phenomenon became clear during the hostilities between Israel and Hezbollah in 2006, when thousands of Canadian passport holders living in Lebanon demanded that the Canadian government evacuate them on the basis of their rights as Canadian citizens.
Gallagher suggests that immigrants with Canadian passports living abroad have turned Canada into a “global suburb,” a home away from home to which one returns only when conditions abroad warrant.

Salim Mansur focuses on how mass immigration and the policy of multiculturalism are undermining Canadian culture and identity. His chapter addresses what he sees as a wide-spread self-loathing among Western societies, and he foresees continuing conflicts between Canadian society and large numbers of immigrants from different cultures.

“The efforts by the citizens of Herouxville to protect their culture are indicative of a growing conflict and efforts to resist the undermining of Quebec and Canadian culture,” Grubel said.
The book concludes that Canada needs a better process for selecting immigrants, since the costs and problems of immigration are the direct consequence of the present system used to select immigrants. Ideally, the new selection process would bring the range of immigrants’ incomes closer to the average incomes of other Canadians. Under these conditions, the taxes paid by the immigrants with high incomes are sufficient to pay for the public benefits absorbed by those with lower incomes, just as is the case with other Canadians. The fiscal costs to other Canadians, which arise under the present system, would disappear.

“Immigration is without a doubt, one of the most important political issues facing Canada. In order to make the necessary changes to immigration policy to ensure the well-being of all Canadians, politicians need to begin having a reasoned discussion of the issue without fear of offending specific voting blocs,” Grubel said.

The book can be downloaded for free at http://www.fraserinstitute.org/commerce.web/product_files/MassImmigration.pdf 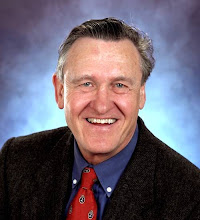